These are the Green Party’s main topics for the upcoming local election in Brno in October 2018.

A fair city for everyone 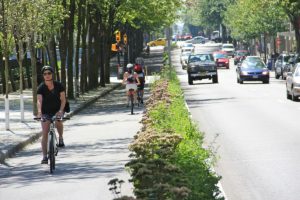 We want to live in a modern city that treats everyone fairly, a city that doesn’t unfairly favour one mode of transport over another, a city that is safe not just for car users but for pedestrians and cyclists too. Although Brno has very good public transport, we have seen a sharp increase in privately-owned car traffic in recent years and this has put our transport infrastructure under pressure. In particular, parking spaces have become alarmingly overcrowded. The Greens are working towards a city where parking spaces are mainly for local residents, while commuters have access to plentiful park-and-ride facilities and good onward public transport. 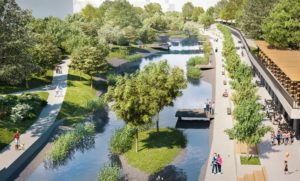 Summers in the city can be pleasant

We want to live in a city with a pleasant climate where we do not have to put up with increasingly extreme heat summer after summer. A city where we can spend a beautiful summer walking along the rivers and sitting under trees that cool us down. Climate change is coming and we want to prepare Brno for it. We have a plan but implementing it will require some changes: we need to convert most of our asphalt-and-concrete „hot spots“ into green spaces which will cool the air instead of reflecting heat back into it and which will capture our precious rain water instead of draining it away.

A wide range of educational programmes for all 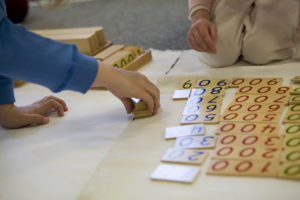 We believe the education system needs an upgrade. We want an open and innovative education that meets the needs of contemporary society, available to all inhabitants of Brno, where parents have a choice. In addition and in parallel to existing “conventional” educational programmes, we want more of our publicly-funded schools to offer alternative programmes such as Waldorf, Dalton and Montessori. 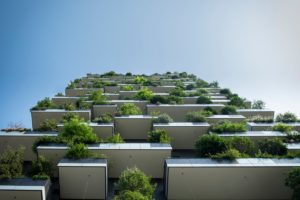 Rental living for every generation

We want to live in a city where affordable, high-quality and energy-efficient housing is easily available for all generations, from young people to senior citizens. In publicly-owned social housing, we will continue our campaign for more transparent allocation rules in each of the city’s districts. In the private rental sector, we are in favour of regulation and we think the city council should actively intervene in the housing market, for example by building its own houses, to keep rents at affordable levels. We do not want the housing market in Brno to escalate like it has in so many other European cities.

We want to live in a city where cycling is not just a minority pursuit. We think cycling should be a main-stream and secure way of travelling to work or to school, for shopping and for leisure. The cycling infrastructure in Brno has improved a little in recent years but we are nowhere near our destination yet. The Greens will continue to fight for every new cycle lane, for every new bicycle parking spot. There is no reason why Brno couldn’t one day become bicycle-cool like Amsterdam or Copenhagen! 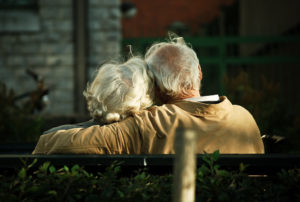 We want to live in a city where everyone can feel safe and secure. We are in favour of a ‘housing-first’ strategy in dealing with the many social problems that lead to criminality, such as homelessness and drug abuse, and we will continue Brno’s commitment to this strategy. Brno is well-known in the Czech Republic for its zero-tolerance policy against gambling establishments and the Greens were once the initiators of this policy. If you knew Brno ten years ago you will agree that the streetscape has improved a lot since practically all the gambling places disappeared. We will never allow a fallback to the bad old days.

Recycling is a breeze 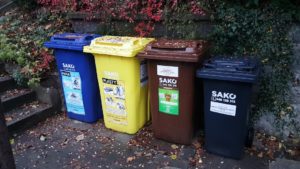 Recycling and sorting waste has become a normal part of life for many of the inhabitants of Brno, thanks in no small part to the Greens. Now we want to take this further! We want to bring recyclable waste containers closer to where people live; ideally, every apartment complex should have their own set of colour-coded bins. Also, we want to make composting biodegradabe waste more available in Brno, even for people who live in apartments. Experience shows that the easier it is to recycle, the more people will do it.